Platform, device version and operating system
Android, One Plus 7T

What you were expecting to happen, and what actually happened
This is simply what you were trying to do and what happened instead.

I used the Warlock ultimate spell, triggered brimstone and noticed that none of my purple or red spells did more damage. Looking at my character, yellow and green are boosted instead. How the heck did this get missed?

You need a QA team, badly.

How often does this happen? When did it begin happening?

It happens every single time, in every mode.

Steps to make it happen again
Do you know how to make this happen? Sometimes there are certain steps that can lead to a problem that may not be obvious!

Just create a stack of brimstone on the Warlock and watch green and yellow get boosted. This isn’t a hard bug to locate.

Brimstone boost of purple and red masteries was to be the main attraction of the Warlock class. But what is actually happening is just the opposite. How can such a big error happen ? I hope @Jeto notes this seriously and makes a quick correction as was done with the Resh ‘change.’

Looking at my character, yellow and green are boosted instead.

Also the boost is incorrectly calculated compared to the posted tooltip.

Oh, we have way scarier screenshots than that 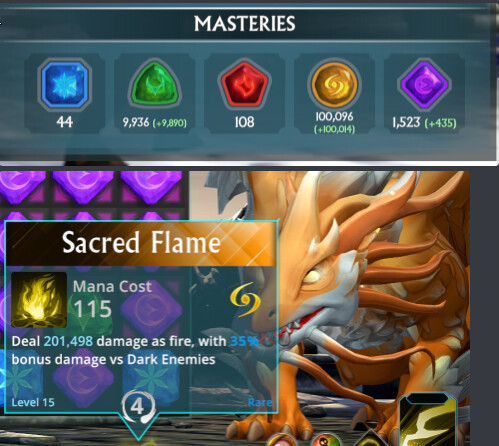 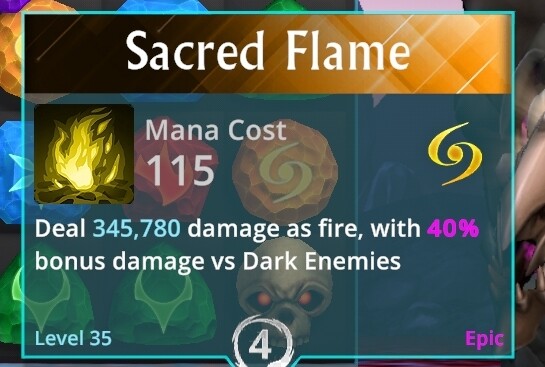 Spell mastery being linear is another problem for another thread.

Some extra observations of Brimstone. You can see that light is being affected by the calculation for dark and poison is being affected by the calculation for fire.
Not to mention that it’s multiplying by 1 +(brimstone X 2) instead of 1 +(brimstone X .02)
I can’t see how this got past any play testing.
I’ll need to split the post because I have more than 5 images to upload.
No Brimstone

That looks like brimstone x 65, unless there’s something else boosting your masteries.
How the hell does that happen?

That screenshot was brimstone 54x if I recall correctly.

One week later, not even an acknowledgement, @Jeto , on a very clear error.

Yep, pretty surprising that this issue not even acknowledged.

@Sibelios @jose Maybe they feel that changing a bug to “reported” is all the response that’s needed? They’ve never been big on communication, I don’t expect that to change now. Even for a huge issue like this one.

My guess is that they don’t have a roadmap for when this is going to get fixed, so they’re going to ignore the thread it until they do, or until it’s fixed and they change the topic title again.

This issue was reported to the development team when the thread was created last week.

We do comment on bug report threads to let you all know that we have passed an issue on to the development team, but it looks like we forgot to do it this time around.

I’m very sorry that this communication didn’t happen at the initial time of this problem being reported.

Ok, you have acknowledged now. Good. Hope to see an early correction.

I know this is asking a lot, but is there an ETA on when the Warlock might be corrected? Even just “with the next hotfix” would be somewhat helpful.

This isn’t my opinion. When a company releases a new class/character and essential skills haven’t been coded correctly players aren’t able to play it the way it should be played; summed up the release of the character has failed.

Because the new class also is bound to additional season rewards for leveling up this is an additional issue (especially for new players without mostly worked out gear sets) because of wasting materials in “wrong” gear accidently.

At this point we (the community) are experiencing intensive selftests are missing. For me this leads to a really questionable QA and the issue has to be corrected right now.

I hate to say this, but I’m guessing you’re new here? A complete and utter lack of QA/QC testing has been a defining characteristic of pretty much every release since early access. They are a “small team”, which is something we’ve heard repeatedly, and they apparently don’t have a group of in house beta testers.

It would be really nice if they’d pick a few long term community members they can trust to try out an update before expected release to ID major bugs, but they don’t seem to be interested in doing that. This is a drum that’s been being beaten for over a year now. Don’t expect anything to change. The players are the only apparent QA team.

I am still disappointed that it has been weeks since release and still nothing on this front though!

This one is especially egregious and as you said, the community found it with 12 hours or less of release.

@Jeto is there any update on this? It’s been a while, would be nice to know when the class will start working as intended?