Kingdom: Odin’s Wolves
So, we’ve killed our tier XII dragon today, but our next dragon is tier XI. 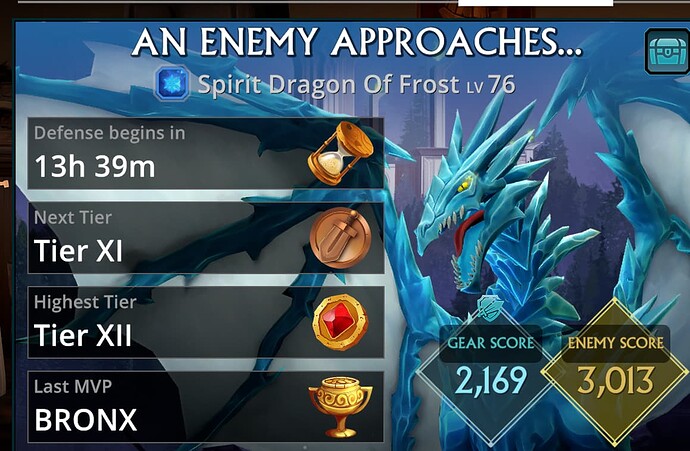 We’ve got mails for both fail and success results:

I’m 100% sure that we did enough damage to defeat the dragon, and there were approximately 10 hours left.

Hello this has happened to us today in Melon Brawlers. We killed the dragon at Tier X and the next dragon lined up is Tier IX

Not sure why this has gone unaddressed for 3 weeks but we have another instance of this issue in which we kill the boss and receive conflicting emails, and our next Kingdom Defense tier is one lower.

In this case we were nearing completion of Tier XIV Kingdom Defense as seen here: 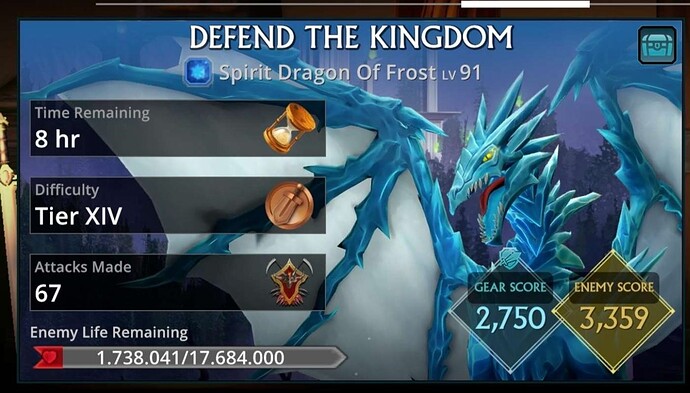 The defense was completed and we received the following in game mails:

Our next Kingdom Defense is Tier XIII as seen here:

I know there are upcoming changes to Kingdom Defense and other aspects of Kingdoms generally but it would be good to confirm that this has been taken note of and is part of the overall issues to be addressed in the upcoming updates.

Passed this one on, apologies we had not grabbed it before the break. The team is investigating this one currently.