A small number of specific Android devices (including some Motorola phones) are not closing correctly using the Quit Button. The Quit button has been removed from these devices until we identify a fix for this issue.

lol, didn’t this happen in GoW too?

When a stat is capped in battle, the value will appear bold.

This is barely noticeable over a non-bolded value. Can’t a capped stat be shown in different color as well?

Season Dungeons now require at least one Dungeon from the Season to be beaten before Loot Tickets can be used on them in the Battles tab of the Season menu.

If the chest vault is overflowing when launching the game, you’ll now be prompted to open or salvage the extra chest.

This is barely noticeable over a non-bolded value. Can’t a capped stat be shown in different color as well?

Or maybe add the word “Capped” in front of the value? This would make it clearer to someone without them having to find out why it’s a different colour.

lol, didn’t this happen in GoW too?

No, this time it broke in newer and more wonderful ways

Jokes aside, thankfully this happens to super specific motorolla devices on specific android versions which means not many people should be affected.

After claiming a Season Goal reward, event currency may not display correctly until leaving Season mode and coming back. 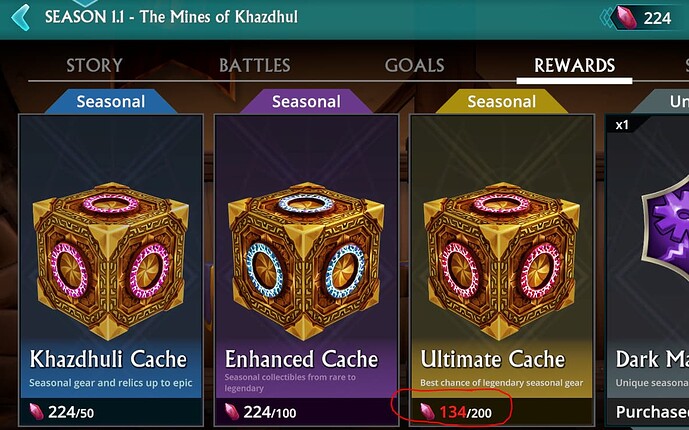 Multiplayer crash, occurred on defeating last opponent in match; had to go back and clean up a few opponents after defeating the dungeon boss. 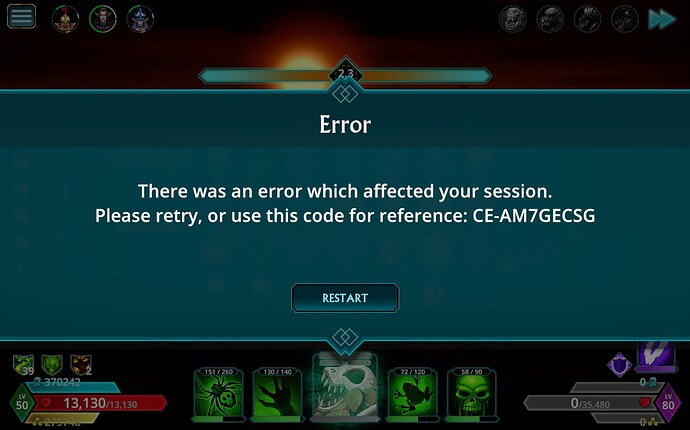 Was this potentially after someone cast an instant kill spell? Currently looking into this error code in the meantime.

Only party member in the group that would have one would be the Assassin.

Asked that player, and they said they did not have Assassinate loaded up on their spell bar.

@Lyrian if you know what gear your party members had equipped?

Also if it is easier, feel free to shoot through a ticket

The group has disbanded for the night, but the same two players camp us for multiplayer runs daily. I’ll ask them for their loadouts when I likely see them again tomorrow.

if you know what gear your party members had equipped?

Ok, got the loadouts of the other 2 players:

Have a new multiplayer crash to report: 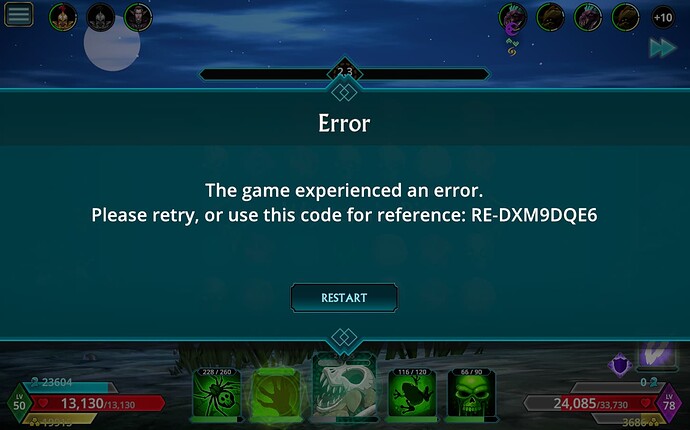 This one occurred with a low-level pickup of a Paladin, and occurred very early in the run in Ruins of Lunarion.

EDIT 2: Saw this in PvP today.

That is one seriously freaky thin neck.

Jocea’s sidequest line in Chapter 14 is missing a name.

Victory music bug is back in patch 1.3. Victory music will loop whenever you win a daily challenge or event battle