I’m using Toragon’s most basic option, just crafting random armor from a random set of a random color. I had an abundance of ore and wanted to see if I could get lucky and craft a legendary. (Nope

Thanks for clarifying, didn’t want to be asking questions to have it be a totally different section

leave it with me

So we just ran through 420 million iterations of crafting, after doing a small test of 50 and can confirm that the random generation is applying as it should. Also confirmed that no particular item of gear is “weighted” or has a different chance compared to the others. Followed this up specifically as Serpentine Pauldrons have been mentioned a few times.

So we just ran through 420 million iterations of crafting, after doing a small test of 50 and can confirm that the random generation is applying as it should.

We just had a player get 5 straight red jeweled Orbs using toragon craft. Perhaps its some sort of desync issue like when we get double rewards from Kingdom defense or Weekly Guild rewards (keys). This has been an ongoing issue for over a year and has never been fixed so clearly things are not always “applying as it should”.

I find it hard to understand how there could be such clear repetitions in crafting. The odds are astronomically low especially for multiple people to be experiencing the issue.

I appreciate you testing this on your end, but there is very clearly an issue living in the wild. If gear is generated client side and needs to sync with the server to increment the counter, then could a delay in the sync cause the same item to roll repeatedly?

I get that RNG does strange stuff, but with odds like I’ve had with Toragon, I really need to play the lottery. This isn’t the first time I’ve had a huge run of serpentine pauldrons.

I jusr crafted 4 jeweled orbs in a row. Scratch that, 5 in a row since i went back again to check it and did another. This is using the 2nd option, the green one, chosing weapon each time. 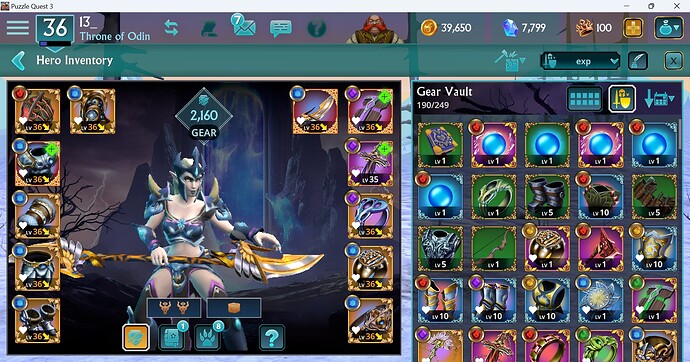 Top 6 weapons in the inventory are soulchaser crafts, weapon only (random color/type). First 5 were all jeweled orbs (4 red + 1 uncommon). This could happen but the chance should be less than 1/10^6. If we can get several similar examples in a short time, most likely something is wrong about the random number generators.

Related problem: I still get continuous streaks (6-10 in a row) epic runes from dark hunter quite frequently. This should also happen rarely, but I see it almost every week by trying once a day (forging random runes until I see the first non-epic one).

Just closed the app, did 2 more, both orbs.

Its broken, so please stop arguing with us, report the bug, and fix it.

In all fairness to @Jeto, they did look into it but couldn’t reproduce the issue. My guess is they’re too close to the server or aren’t doing it in the game itself. They need to see the bug before they can track down what’s causing it, so be understanding on that front.

Related, I do agree that this needs to be fixed. Just because diagnostics didn’t reproduce it doesn’t invalidate all our examples. The team just needs to look deeper.

A note quickly, as I am currently actively discussing this still with the team:

I’m passing on everything being raised here and questioning everything just as much so bare with me while I try and get as many answers as I can.

I’d guess red, if it’s determined when the item is generated.

I wonder what could be going on where some people are getting these dupes and others like me, just aren’t? I rarely do a toragon back to back immediately. I will do more than one in a session if I’m maxing on ore.

So this is making me remember that rng have a seed. (Or they used to. I haven’t messed with that stuff in decades. Maybe now its aliens haha) With people making large numbers of pulls I want to think clock seed. But I’m not sure that jives with the rest of the draws in the game.

@Jeto Can you ask the developers to check the results for Season 1.3 ultimate caches? I opened 75 ultimate caches and didn’t get any Resh Crystals or Oberon’s Keybelt. The probability of that is very small, something like 0.03%. 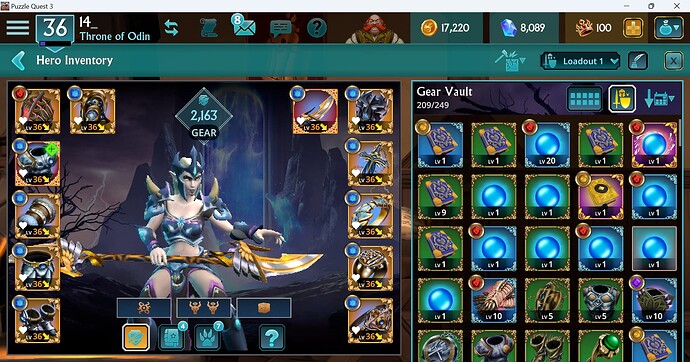 I am almost out of resources now. Saving the remaining for daily reset.

I upgraded some to satisfy your curiosity.
1 red tome, 2 red orbs, 1 blue orb 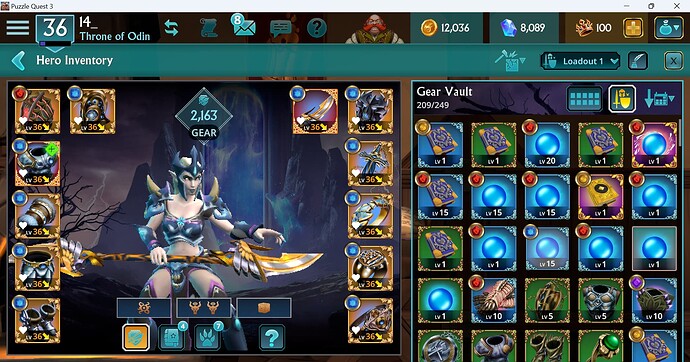 Awesome! Thank you for doing that! My curiosity has been satiated

Thank you for staying with this. I spent some more honor on ore today and did 8 more crafts. 3 bone mask, 2 serpentine pauldrons, 3 non duplicates. 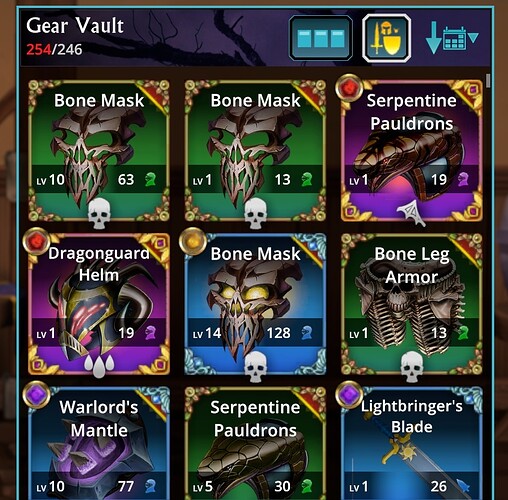 Shame I have no use for bone masks and pauldrons. I’m drowning in them.