I don’t know why but I was unable to cast the spell Tentacle Slap against 2nd opponent in this turn. Error message as shown on screenshot: no target available 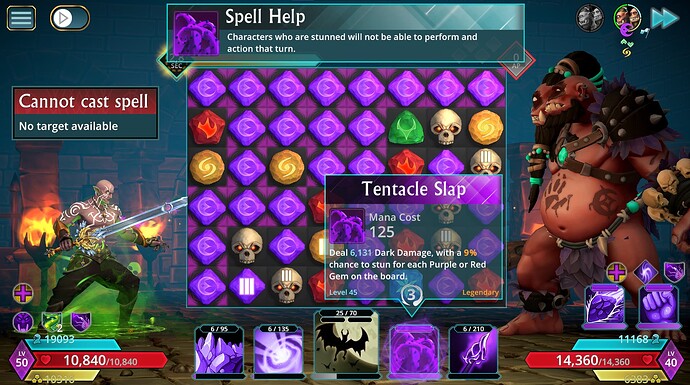 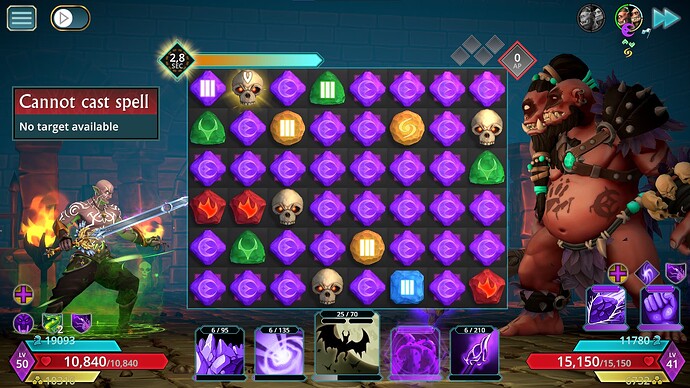 I don’t have a screenshot, but it happened to me as well when I tried to cast the ultimate spell. On the next turn everything was okay. 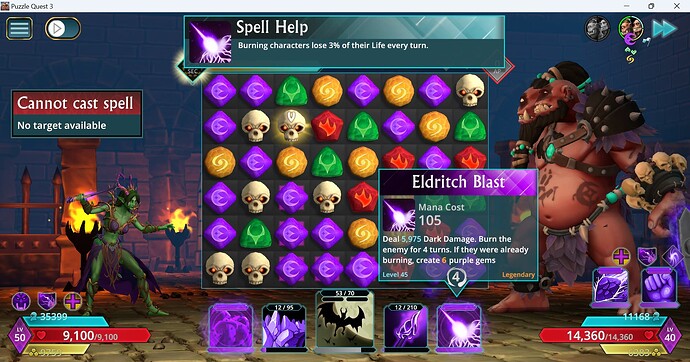 The same error message has occurred to me also. But what I have noticed is that if there are TWO spells filled at that point, as I have tested, one can cast either spell, no error message.