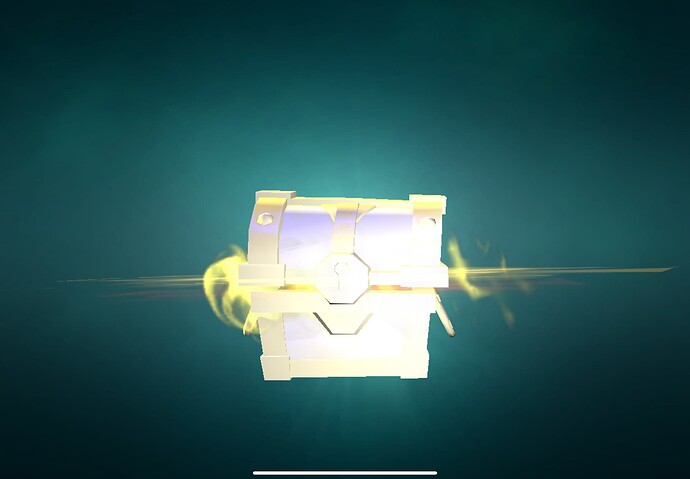 What you were expecting to happen, and what actually happened
Every chest I have opened since the update has been glowing white when I open it, instead of looking like a normal chest. Chests have their regular appearance when dropping and on the home screen.

How often does this happen? When did it begin happening?
This has been occurring since the 1.3 Update, but I only managed to grab a screenshot today. It has been a consistent occurrence with every chest, no matter the type or rarity.

Steps to make it happen again
Open a chest.

In your Settings > General do you have assets set to ‘As Needed’ or ‘Download All’?

Thanks so much! We have experienced this in some other areas as well, so I have added your screenshot to their investigation!

Just thought I should add that the end of chapter book icon is having the same problem. And I tried redownloading all of the assets with no change.

10 days later, and after the hotfix, the bug is still there. Any updates on this?

This issue is still being investigated by the development team at the moment. No updates as to when a fix will be released at this time.

Thank you for the response. I just hope it’s soon! I wasn’t able to properly enjoy the pretty graphics when I beat the story because of this bug, as they were all just blank and glowing for me. So I’m hoping it gets fixed so I can enjoy the ending properly with my next character!