This is not the greatest gear in the world, this is just a-tribute (issue)

And then I get the Lightstrike attribute on both gear pieces! 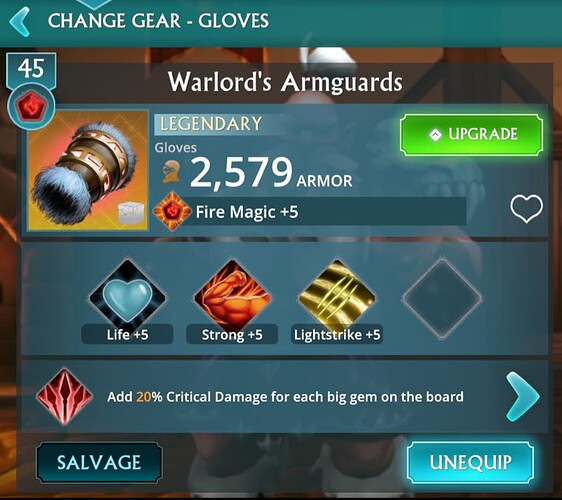 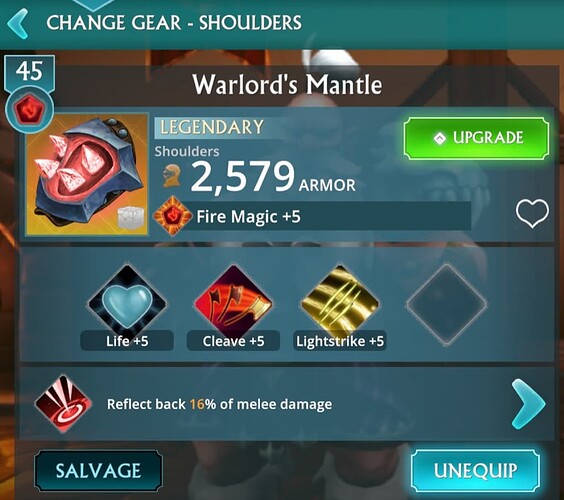 The feeling of dissatisfaction with this unrewarding outcome would only be amplified if it was evolved to Mythic due to the increased resource costs to do so
When coupled with the abysmal salvage rates meaning you can not just scape it and use say 80% of the resources to try again after more gathering of resources
You really should get all the glyphs and relics spent on an item to get it to legendary or mythic when you salvage it - You’ve earned a legendary piece of gear, being able to “swap it” with a salvage and rebuild should be an affordable option

I know I am not the only one with this issue - so who else has mismatched gear pieces they want to show off? 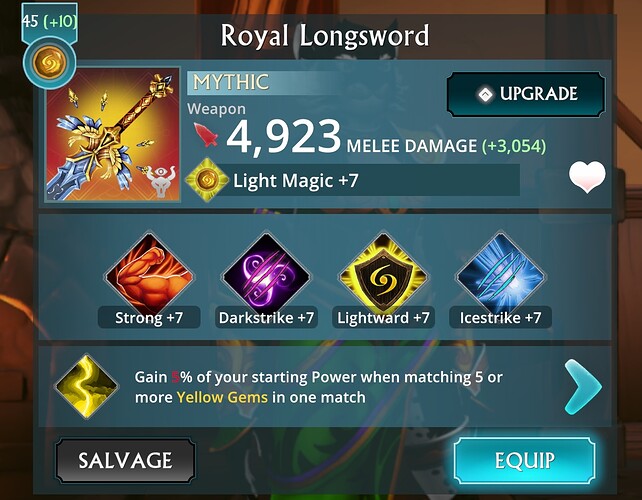 My first-ever Mythic item and what do I get… An ice-based attribute on a Light-based weapon, LOL!

who else has mismatched gear pieces they want to show off?

This is the abomination I’ve got yesterday (also my first mythic, now I want my t4 relics and glyphs back) 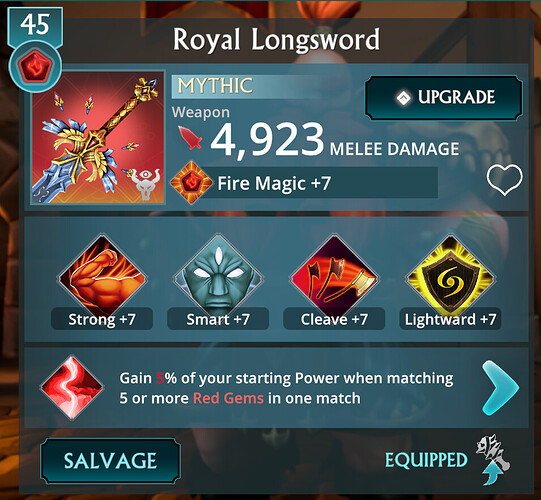 This is certainly a critical issue but its been mentioned so many times before, including by the OP. At this point we might as well just form a support group called AA (Attributes Anonymous).

Here’s a CX response to one of many threads just like it:

This feedback has been passed on to the team!
Also included is the suggestion to have changes to the traits tied to a follower. Which I thought was a great idea shared by the community!

While at this stage I do not have further information on if this will be a change coming in the near future, there are plans to include a few Quality of Life changes over the next major updates alongside bug fixes & new content.

Apologies for not jumping in & updating the thread at the time.

This was in a thread, referencing another thread with all the same feedback that we have been continually giving on this topic since summer of last year. It would be nice if we could actually get some sort of forward-looking response about this issue which is killing the joy of so many when they invest hard-won resources just to get the equivalent of a knee to the groin when upgrading gear.

Welp, here is my contribution to this thread. 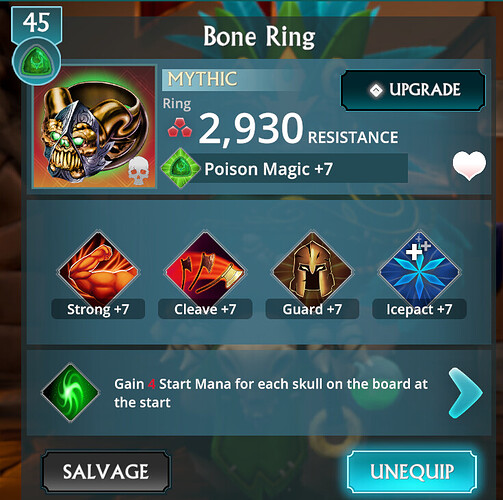 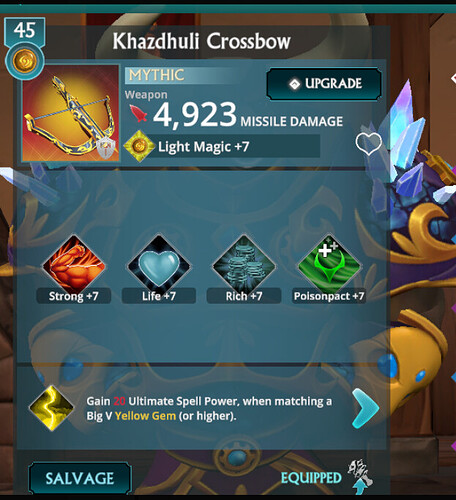 I have had many of these useless attribute combinaions. In some cases I already salvaged, in other cases I am still keeping them but not upgrading.
So I am still waiting for solution to change them. 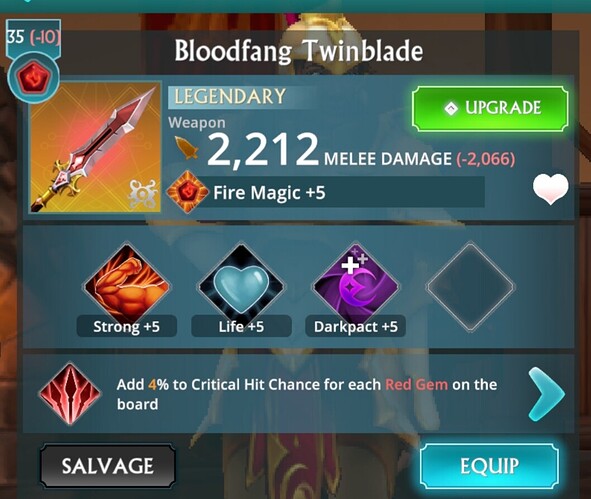 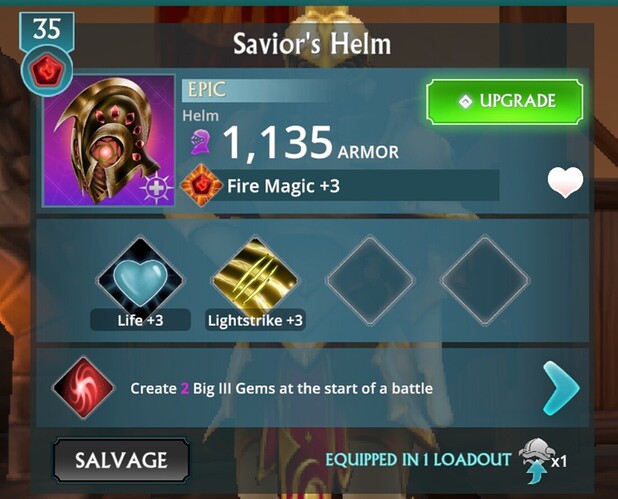 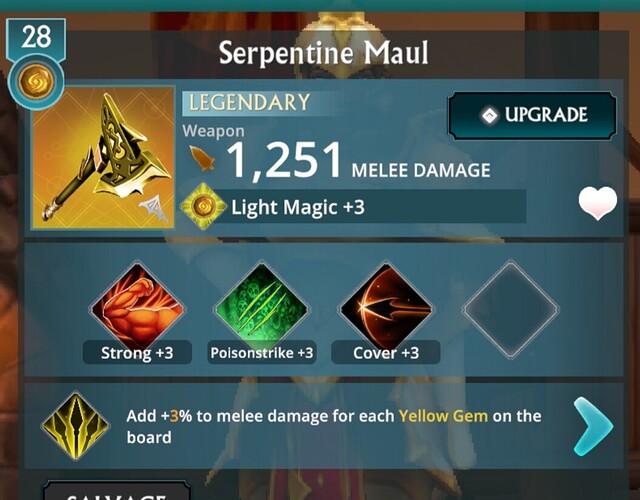 20220801_1550561054×823 132 KB
. There are many other gear, especially where Pact and Strike Color dont fit.
At the beginning and mid of game this doesnt count so much because we have to use what we can get, means playing with multicolor gear and spells. But the more we upgrade to get stronger the game requires monocolor upgrades. Otherwise lvl100 fights are nearly impossible.
So I personally think the best is not to restrict the attributes to fit the the color but to let the player modify it, maybe by a follower.

Exception: Most useless attribute is Rich. Should be eliminated.

Generated this gem of a beauty this morning… 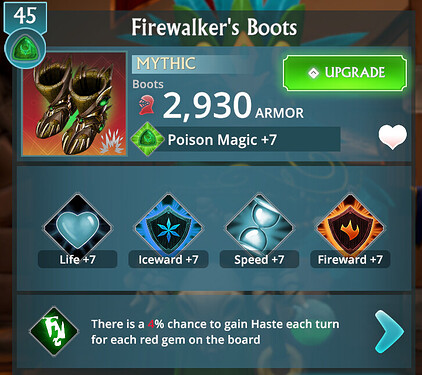 ^ I almost threw up a little seeing that

@Jeto Any comments, thoughts or information you can add to this thread?

The last mention of this just for reference:

Hello! It is possible to attain gear that has an ability that does not match the gear/weapon element. This has been feedback we have shared with the team previously as well as discussing suggestions from the community, such as integrating a way to change these abilities with a potential new follower, updating an existing follower or a new system itself. But nothing has been confirmed thus far.

Yep, but hopefully we get an update after 2 months…

Also we have a cool new thread title for the issue, so there’s that 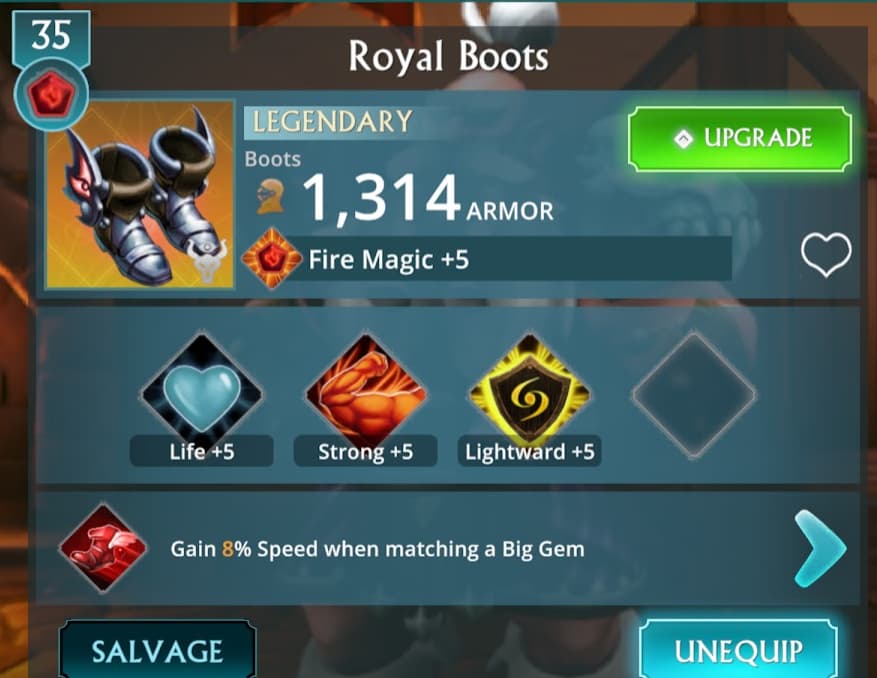 Why, oh why, do I keep banging my head against this wall?!?

It is not a good feeling to have found the gear item you want, in the colour you want, with a decent first random attribute - only to upgrade with all the required resources, to legendary (or mythic) and then get an outcome like this 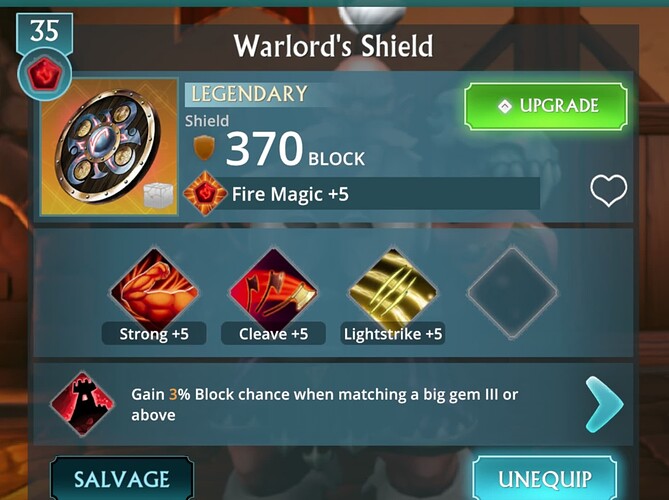 So farm a red royal ring that is worth upgrading, and yep, do the upgrade to legendary burn resources dance 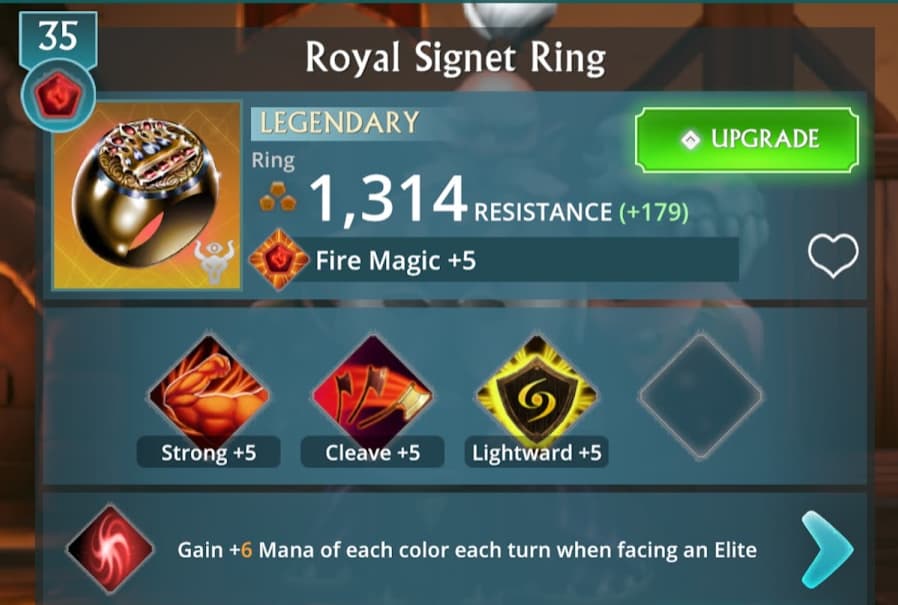 Given that the FireWARD, LightWARD, etc is Resistance to a particular element does it really matter if it does not match the colour of the gear? Or is the complaint just that it’s not the best attribute?

Lastly the …STRIKE attribute is also useless unless it matches the gear colour (Unless one of your spells does damage in a different colour to the spell AND the …STRIKE matches that element, But that is 5 out of 51 spells if I counted correctly)

Given that the FireWARD, LightWARD, etc is Resistance to a particular element does it really matter if it does not match the colour of the gear? Or is the complaint just that it’s not the best attribute?

ideally (at least in my opinion) the -Ward element should be the color of which has an affinity towards the gear type. So for instance, a green piece should have FireWard, a yellow piece should have Darkward, etc

However I agree this is less straightforward as they may introduce events/enemies later in which it doesnt matter what color the gear is, the player may just want to maximize the existance of Wards because of the enemy strength.

It could be better planned in a number of ways
You get a choice between default and random (which excludes the default)
You can see all the future attributes on an item, so you know what potential an item has - also making every item worth checking out, in case it could become something great
You have to farm attributes you want to mash them together onto your item
You have to do a “quest” in order to reroll
You use the Hades version of “random” so you get better options over time, but you dont just get to select what you want
You have a designed, random, reroll OR premium reroll (choose from say 5 random options)

Unfortunately this appears to be a case of not being aware of how players will experience this game “feature”
I think the reality is that a decent attribute on an item you have upgraded is table-stakes, and while some small random upside is good, the overall below-par experience is just not as fun as it could be

I have had enough of this…seriously. I finally get enough fire runes to upgraade my last piece of gear to epic on my mercenary and get this: 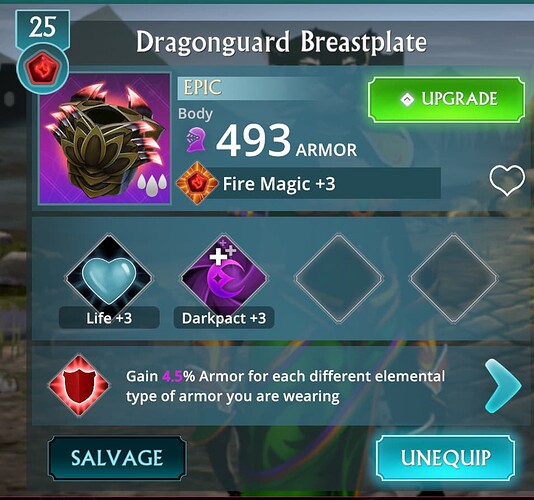 Also, has anyone ever seen Warlord jewlery, chest, legs and feet? I have never once seen a single piece of the above, and have 7 chest slots which I have been filling dialy for at least two months now.
I have accumulated in my inventory 4 Warlord armguards, 2 battleaxes, 4 mantles, 4 masks, 2 shilelds, and 4 wraps…not to mention the countless dupes I have deconstructed…but not a single ring, necklace, chestt, legs or feet of the set. Do they exist in the game even?

I’m disgruntled and losing interest, and so is my wallet.