No, these were one-time events.

I did have a 2nd error message occur in the Ice Tourney today, which may have been against the same player. Out of energy for PvP for the day, but if the issue occurs after tomorrow’s daily reset in the Ice Tourney, I’ll make note of the PvP opponent name that may be throwing these error codes.

Impressive. You figured out a way for everybody to have a chance at KD rewards while ensuring that only a few can have fun.

In fairness, this is a significant improvement. In functional (aka well-managed kingdoms) noone had fun before. Having to grab a calculator to make sure you only did so much damage, doing that successfully, and still having some mates shut out of rewards, was no fun for anyone.

Now, at least some people get to have fun on the killing side, no-one needs to do math, and everyone capable of gold rewards can get them, which is a different brand of fun.

Ideal? Meh, no. But a giant step in the right direction.

Yeah I should have clarified–it is a vastly superior system, and the gold threshold still gives enough health to try out some new ideas.

Although kicking a dead dragon may not be “fun,” not having to carefully manage damage makes up for it.

Edit: I take back my initial negative thoughts–this system rocks! I can try every class in greeeeeeeen after getting gold with my main.

Any other guilds experiencing this issue?

Any other guilds experiencing this issue?

It’s confusing for sure but that’s the way it is. The Bazaar Tier as they call it now is the “quality” tier which is max Tier X. The “Purchase Tier” which is what we used to think of as the Bazaar Tier is at the bottom of that screen and goes up to 28 now instead of just 20 (XX).

This was from Update 1.2 when the new Kingdom Bazaar was introduced. You can see Jeto references that the “quality” will not advance past Bazaar Tier X.

Thanks for the reference, @Sibelios .

At least to me, something feels off with the guild bazaar.

For example, our bazaar board today looks like this: 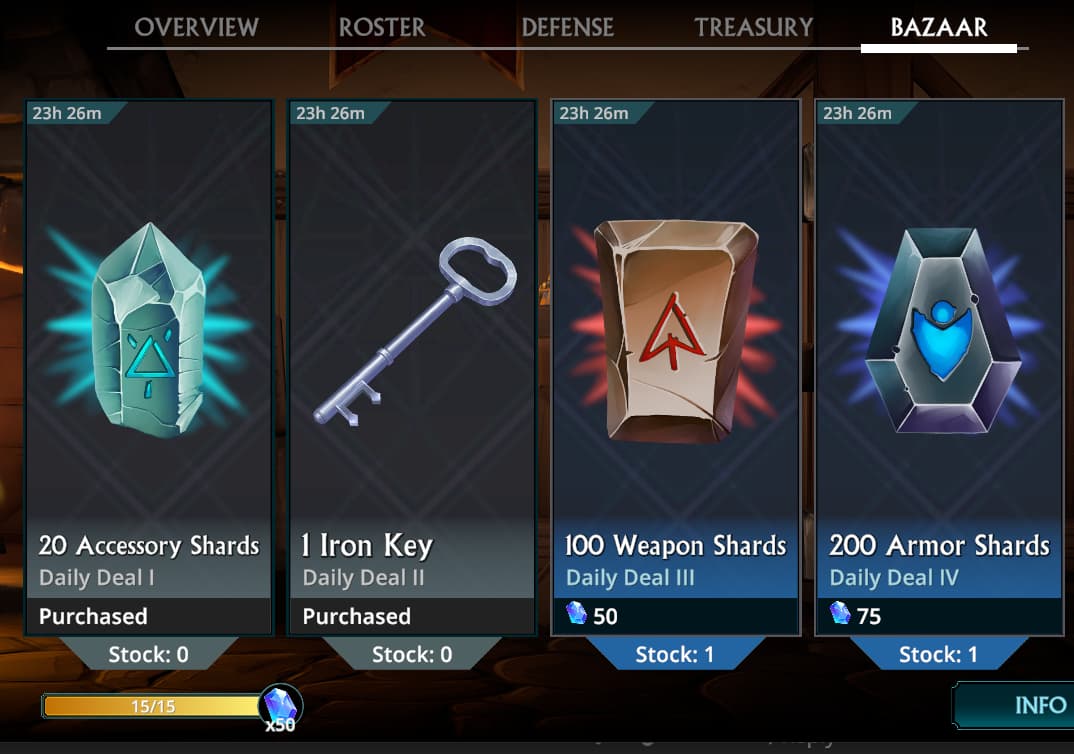 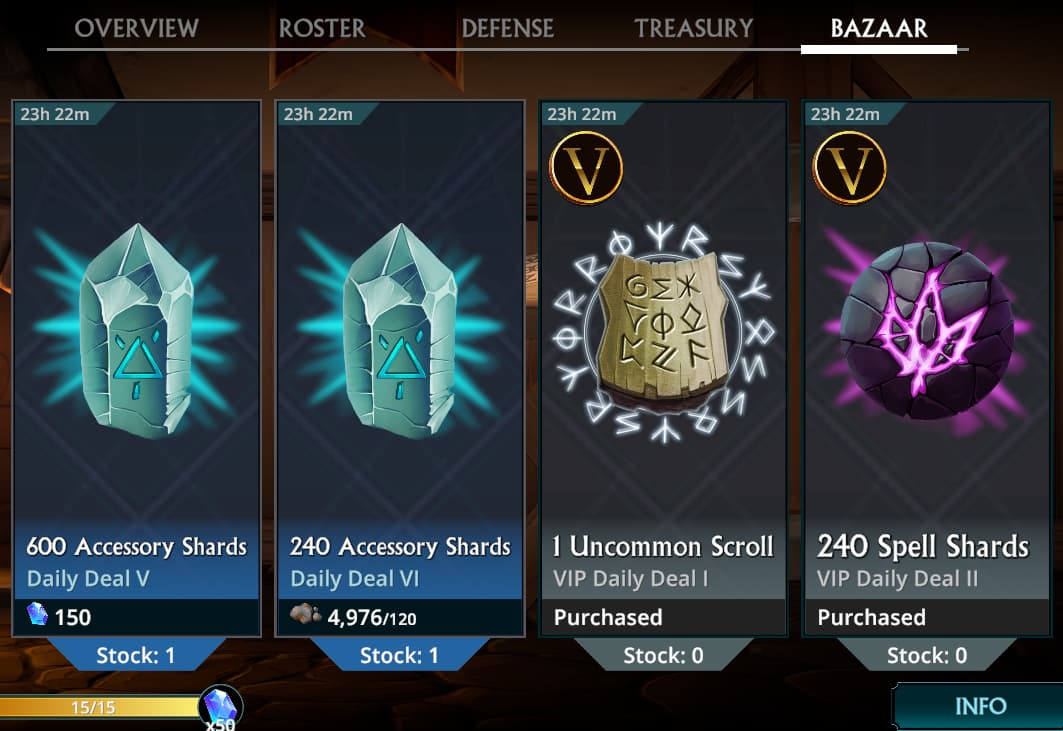 That’s not a max-quality set of offers. Those are newbie offers. And we have been receiving these offers since the update landed. No keys above iron, no filler legendary/mythic scrolls/runes, no follower crystals or anything actually rare. Just boards that look like something that would be offered to a level 10-20 player.

Could this be a streak of incredibly bad luck? Maybe. Possibly. No way to conclusively say one way or the other yet.

Frustrating to say the least, in the meantime.

That’s not a max-quality set of offers. Those are newbie offers. And we have been receiving these offers since the update landed. No keys above iron, no filler legendary/mythic scrolls/runes, no follower crystals or anything actually rare. Just boards that look like something that would be offered to a level 10-20 player.

Ours have been pretty underwhelming as well, and thats based on 3 bazaars all at “quality” X. 2 of the 3 today had nothing but uncommon/rare runes and shard deals, but one bazaar had an eveline crystal and a gold and ruby key offer. is that quality X?

Yesterday we got mythic relic, and today a spell glyph + epic relic.
We are on the same tier X, so probably just bad luck.

This + VIP (and quest pass)

More loot tickets, relics, honor, even marks would be nice and would give me pause for consideration instead of stuff I already have no trouble collecting

More server issues when navigating around the Kingdom menu: 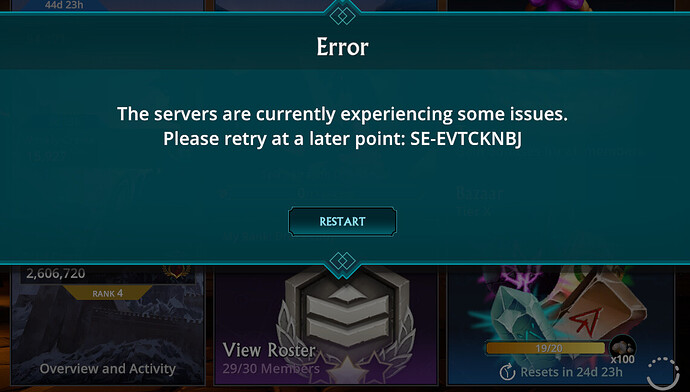 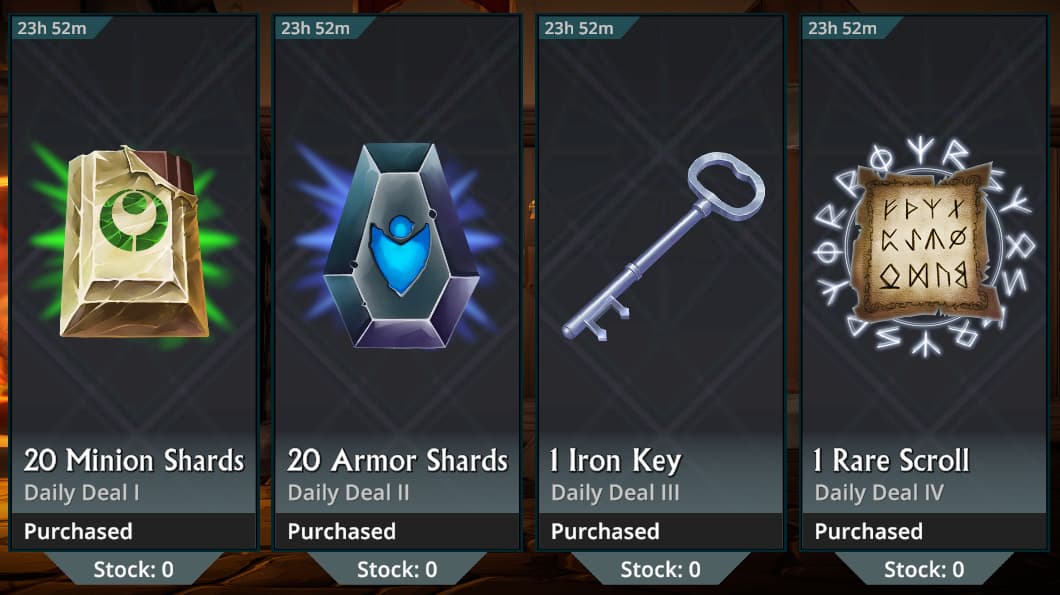 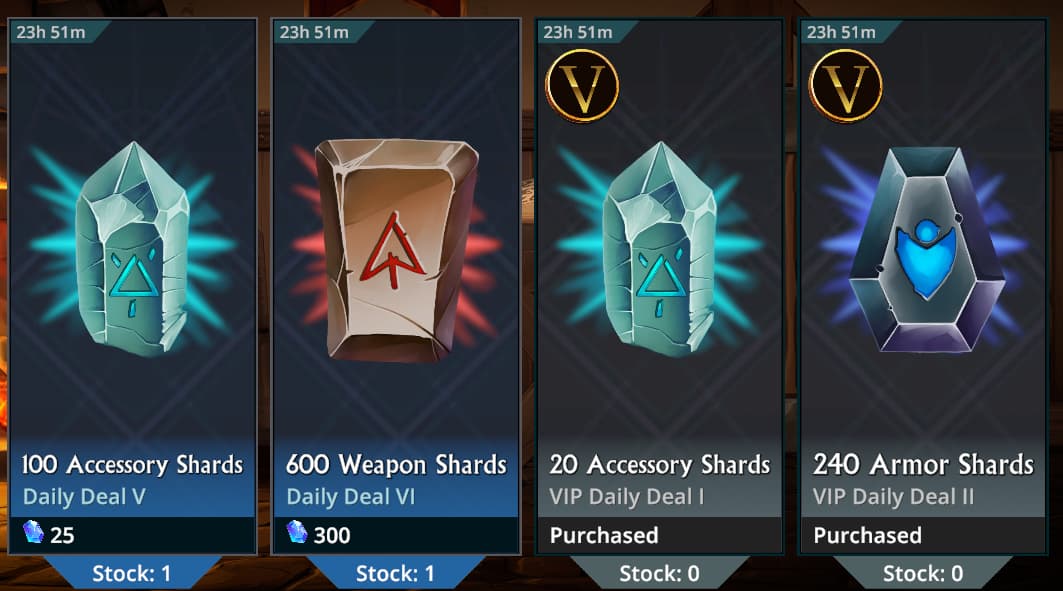 I’ll check the Bazaar offers with the development team on Monday, and I’ve let the team know that there were some server issues during daily reset.

Versus scoring information from the development team “the points have been halved for each turn, from 10 down to 5, to account for the extra turn the enemy takes. This means scores should be similar to what was seen previously”

Given that scores have not returned to what was seen previously, 2488 now vs 2475 desired max possible, are you guys planning on taking another pass at this?

Please do, I don’t particularly enjoy the current status of must match skulls and hope for heroic and crit.

Adding to the pile of RNG oddities, as pointed out by a guildmate: 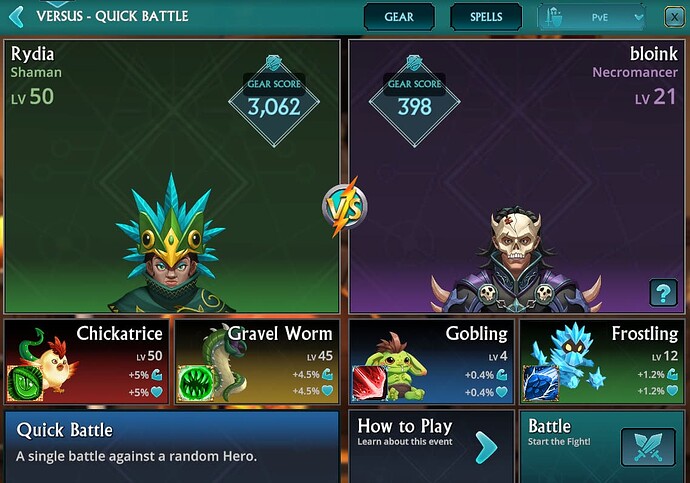 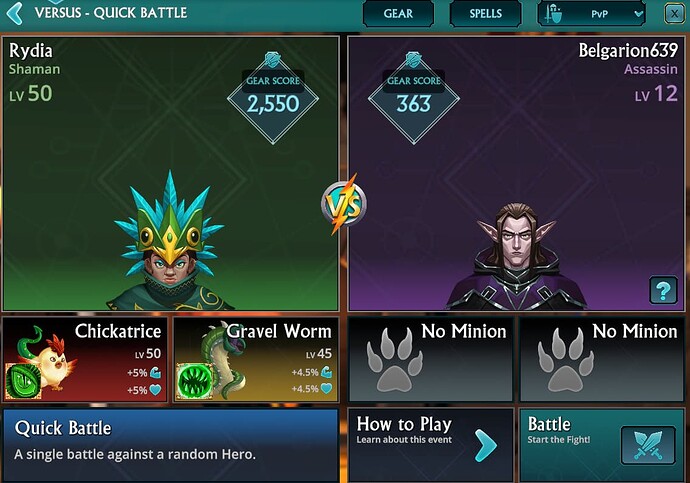 This issue may or may not be connected to the other RNG issues others are reporting.

Maybe its because everyone has stripped down to their underoos for pvp… Oh wait… quick battle. Nevermind! lol

After so many complains, I believe it is time for some positive feedback too.

I am really happy about the changes on story rewards (chests out, caches in). When I started the game, leveling up gear was a tedious effort mainly due to the scarcity of keys and chest space. Most of the time I just had to salvage the received chests. Also, epic runes and scrolls were really difficult to obtain, since even mid level chests gave more rare or legendary runes/scrolls than epic ones. Now, advancing through the story is much more rewarding (pun intended) and should help new players enjoying the game more.

And this is not only good for new players, thanks to caches and the goodies inside (specially relics), I have found myself with enough resources to experiment with different builds (while before I could only focus on leveling up a single gear set).

Therefore, I want to thanks the devs for what I believe has been a clear improvement for players experience, and encourage them to keep on the path of improving the game and making it as enjoyable as possible.

I’m liking the quicker battle, can get through a season chapter in a lunch session.

I’m particular tickled by the mad max themed enemies. With some pretty cool abilities, and spells. C’mon, “Stab, stab, stab!” is great. (No, seriously, give me that spell!)