We are currently just awaiting the all clear from one of the platforms before we release 1.4!

We don’t want to release the update on 2/3 platforms as this could cause issues in parts of the game, such as Kingdoms. While we have already delayed this update due to some other bugs that had popped up, we didn’t want to just in the end release 1.4 only to potentially have a problem anyways.

Appreciate everyone’s patience & look forward to finally getting this update to you all!

unfortunately despite our best efforts, there have been further issues rolling out this update which has required the team to roll back some things.
This means that Kingdoms could be locked from 11 AM AEDT until the team gets a follow-up fix.

I apologise that this information came through shortly after I made this very positive post.

The expected ETA at this stage (many fingers crossed) should be resolved by 1 PM AEDT with the hope of sooner. Once I have another update, or it takes longer than initially anticipated, I’ll post it here as soon as possible.

Sorry again for this delay. 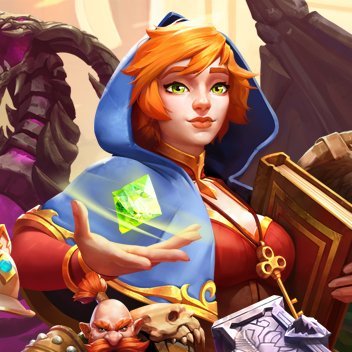 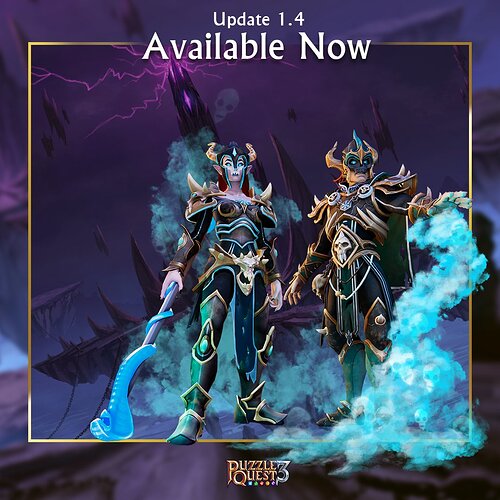 This post snuck out early and has since been removed!

As sad as we all are to have longer to wait (especially after the previous delay) the transparency is very much appreciated! Thank you!

Thank you for the updates, Jeto - much appreciated!

I’d like to add to the chorus on transparency. Bugs happen. I’d rather a small delay than have to put up with a game breaking bug.

Really glad to see that they are gonna keep us updated

So, 2:15pm Australian time. Guess there was trouble fixing it?

Sorry for the delay in getting back here, I have been following up on other things.

The update at this stage is expected tomorrow! But again, if this is not the case I’ll post again.

Regarding the Kingdom lock-out, it appears this was resolved already before it got a chance to affect anyone’s account!

@Jeto it going to delay season if it is released tomorrow ?

Thank you for the update, and thank you for fixing bugs before release. Now the team just needs to work on more realistic deadlines for themselves.

May I suggest that the moral of this story is to not give a set date and time for a release before it’s in the bag, or at least pretty much done with QA? I get that this isn’t ideal, but again, I’d rather not have new content than have deadlines constantly missed or bug ridden content. It’s a little sad, because I found these delays today entirely unsurprising, but still disappointing. I know you’re a small team, I know that there are unexpected delays and bugs, but given the delay of the last week… Ooof, not getting it right again tonight stings.

I think the only true resolution is to give an even BIGGER and more MASSIVE amount of bonus seasonal currency!

I do understand how frustrating this has been around this update, which is one we have been very excited about.

In this case, it is out of our hands while we for the last platform to be approved and we were able to jump on the potential Kingdom issue before it made it out to affect anyone. Had we released 1.4 on Steam and Google Play, we would not have been able to avoid some players being locked out of the Kingdoms screen.

As for the Season, it is likely this will be pushed back to coincide with the update coming out later.
This next Season will be longer than before and in case it was missed in the original announcement thread:

Death Marks (Seasonal Currency) will be sent via in-game mail at the start of the Season as a thank-you gift for your patience with this delayed start.

Makes sense, as unfortunate as it is. In the meantime, while we wait, is there anything you can let us know about the costs for reforging? That’s honestly what will make or break the update for me, and I was unhappy with Resh’s costs, so I’m quite nervous to find out what they’ll be.

Well, after all the waiting, I am now locked out of Kingdoms as it says I need the new update, and the App store says the update to 1.4 will not be available until tomorrow at 5PM.

@Wineryguy had you force closed the game completely before attempting to update. Confirming you are on iOS, as we just tested here and the update is now appearing.

PS. The update has just gone live, we are just finalising the updated patched notes! Please note it can take some time to roll out to everyone

Thanks for the quick response @Jeto. I completely rebooted my iPad (yes I am on iOS). Here is a screen shot of what I am seeing in the app store. 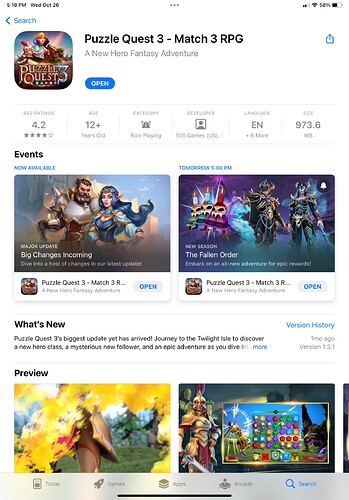 @Wineryguy that is the event release time for the new Season

And as mentioned, it can take time to roll out across all regions.