Small bug report on the new adventure, which did scare me for a second. I cannot reproduce it and once I start the adventure, I will most likely not encounter it again. Still, maybe the report can help you find the source of the “misstep”.

But what happened? Glad that you asked

I set out to go on a new Adventure and was told that “The Heat is On”. So I checked the adventure screen and was staring into… Minotaur’s Death Stare (!) 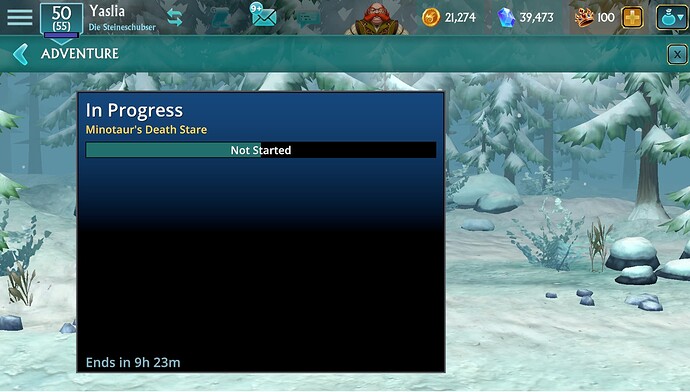 When I finally recovered from the shock, I went ahead to conquer the Minotaur, but it seemed like The Heat is On was the way to go. 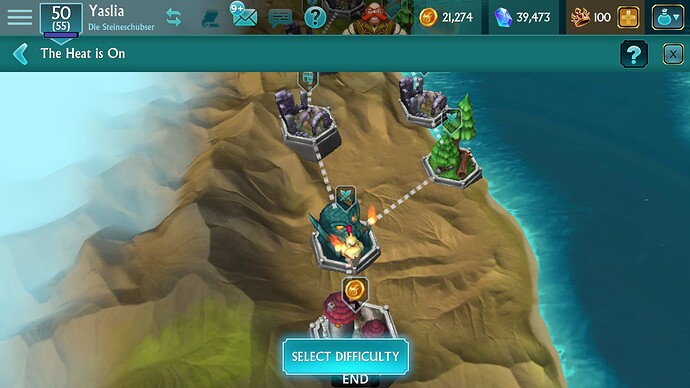 So I stepped back into the main menu and tried to access the Lair of the Minotaur once more, but this time, I just could not find the entrance anymore 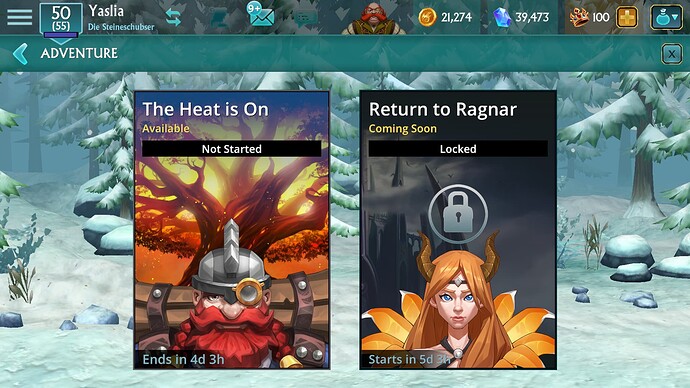 Passed this on to the team with your name code to look into why this Minotaur’s Death Stare appeared for you!

Thanks for also grabbing screenshots

I had this happen as well, and it also happened a few adventures ago when there was a break in the adventures if I recall correctly.

I had this too, and mine also ended in 9h 23m
Ive got a screenshot but it’s the same as the one above