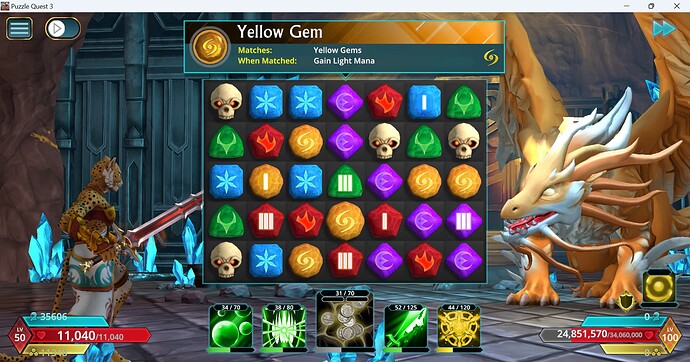 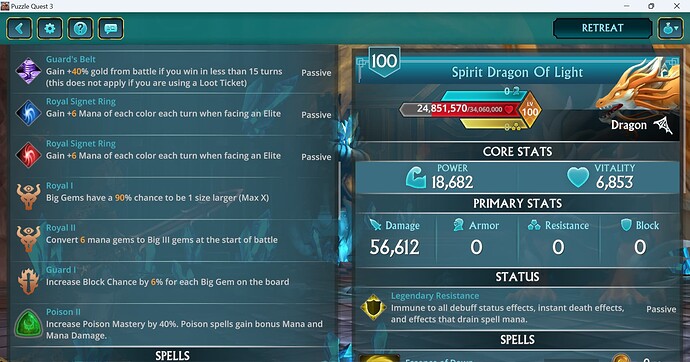 This happened in a KD fight today. Royal II was supposed to produce 6 big-III gems but only produced 4.

I tested in regular fight and it also happens. I only see it happen when Duskside helm activates, but happens quite frequently.

I tested it too and didn’t encounter this bug. 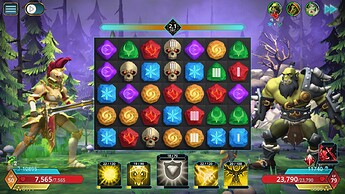 My Royal items are of Epic rarity while my Duskside Helm is Legendary. 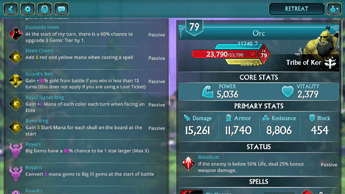 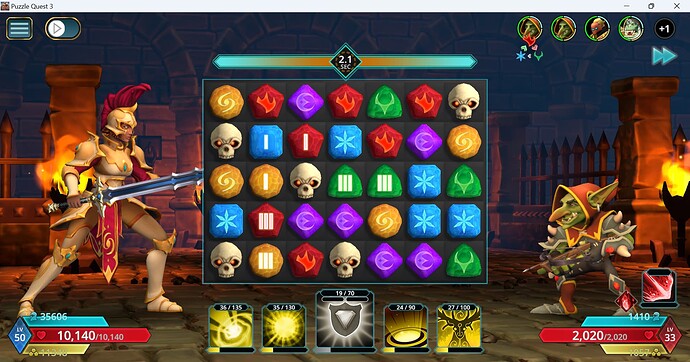 Okay, thanks for giving it a more thorough testing.

So the Duskside helm just overrides the Royal II gems instead of upgrading them to IV. At least that is the expected behavior I would suspect with these two abilities interacting. (That is also how I read the item description)

And if they shouldn’t interact with each other, a check is missing so the Duskside helm doesn’t override other gems created.