What were you expecting to happen, and what actually happened
Like many gears in this game, Runic Ring has a visual delay to it displaying. Figured I mention since don’t believe anyone mentioned it specifically yet. The 5 mana it accumulates for ultimate meter per big gem doesn’t show until the player casts a spell. The button still functions, but it won’t be flashing if someone is at 50/60 when they are actually at 10/50. It doesn’t display correctly until the player casts a spell, then it displays the right amount of mana.

How often does this happen? When did it begin happening?
100% of the time since start of early access.

Steps to make it happen again
1: Wear Rare+ Runic Ring
2: Take enough big gems that the mana accumulated is less than 1 ultimate meter that then raises it to 1 meter with Runic Ring mana specifically without exceeding it with non Runic Ring mana.

There is also an interaction on the long list of things overpowered beyond belief that is technically working as intended, but likely isn’t actually intended.

Berserker class with Firewalker’s Amulet and Runic Ring can perpetually maintain a max 150 mana 3 bar ultimate meter every turn, making it the only class I am aware of that can do such a thing with only rare equipment. This occurs because Firewalker’s Amulet when creating a max X gem will upgrade all other red gems into +1 red big gems. This only works on red regardless of Firewalker’s color. This with Runic Ring causes every red gem on the board to give 7 ultimate mana with both of these gear only at rare. (5 + 1 + 1). This easily exceeds the 150 mana needed to perpetually cast Berserker’s max mana level 3 ultimate every turn.

Also, one additional side note. Runic Ring’s text description is very confusing. It says it gives “Gain +5 power to ultimate when matching a big gem.” The term “power” is really confusing here since ultimate meter has no power associated to it. It is currently using the term “power” when it really means “mana”.

Could you please provide some screenshots if possible, Tacet? (Will greatly help me make this report.)

Could you please provide some screenshots if possible

I can’t because the lack of storage still missing from the game made me have to scrap all the gear mentioned in this post as there are dozens of equipment items more overpowered than infinite special meter due to no balance patch yet.

After bone ring nerf which makes other rings viable again, I try to use Runic Ring and apparently this bug of “Runic Ring Delay” still exists.

Simple example about Runic Ring effect ONLY:
How it should be:

What actually happened in game at the moment:

Here is a video related to this bug:

Unfortunately in the video, the 1st bar of Ultimate spell is not filled but you can see that the ultimate spell mana pool suddenly becomes 58 after I cast a spell on the next turn.
Hopefully it helps you to understand the issue.

I’m currently following up this bug. Are there two or one? Is this to due with true damage, or runic ring?

Are there two or one?

It is one bug in this post, but it is related to the mana bug. Runic Ring has a similar mana delay to other mana issues in the game. Essentially have any dev use runic ring for 1 minute and they will understand what Runic Ring is doing incorrectly.

Okay. The way you have communicated this bug report make it seem otherwise.

Let’s work on a way to communicate this better together.

I would really appreciate dot points in short sentences. Unfortunately I need a lot of clarification with your bug reports as they become very wordy and feel contradictory, even if they aren’t. I want to pass on information as rapidly as possible, and having to spend a long time parsing information and going back and forth when something could be communicated more simply means that bugs won’t get addressed as quickly as we would like them too.

I was just about to report a bug with runic ring. Here’s a video: weird skull counting - YouTube

Just watch the video and watch the ultimate spell mana counter go up down and all over the place.
Just today, I encountered the full bug OP is talking about: when the numbers go up and down around the 60 point threshold. I ended up with the spell having a halo around it, implying I could use it, but my count was at 58 / 60, so the spell wouldn’t trigger. Sorry, I didn’t take a screenshot.

But fix the up-and-down skulls, and that unusable-but-haloed spell will become a non-issue as well.

Hey, just following up here (sorry for the wait). We weren’t able to reproduce the original report that Tacet and Lelouch made so far but we were able to repro the issue in the video Scott posted. I’ve updated the bug report with more information and further videos (from both Scott’s and my own testing) and I’ve pinged the Lead Programmer about the issue to see if we can get it marked higher priority.

Hopefully this will help solve any problems Runic Ring is having.

Here’s a view of ultimate mana count (undercounted) before cast (29): 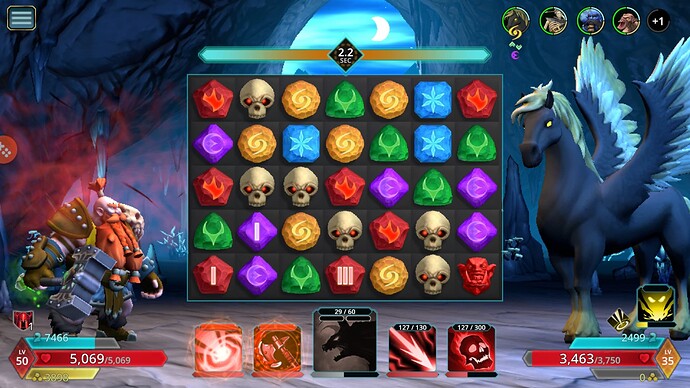 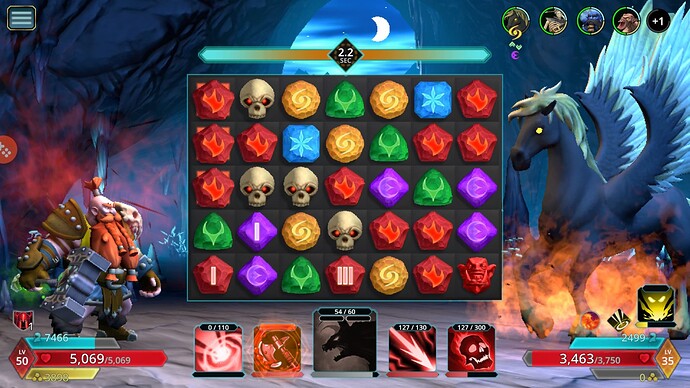 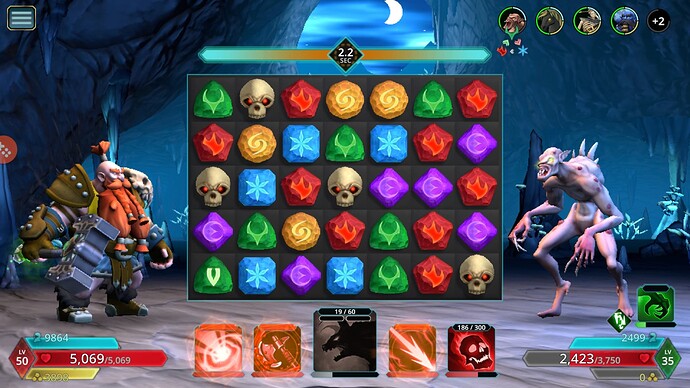 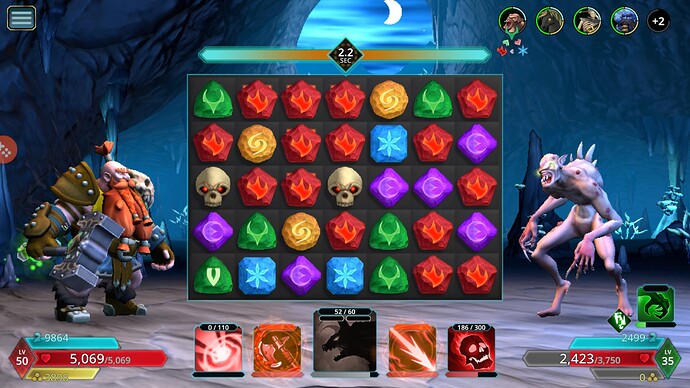 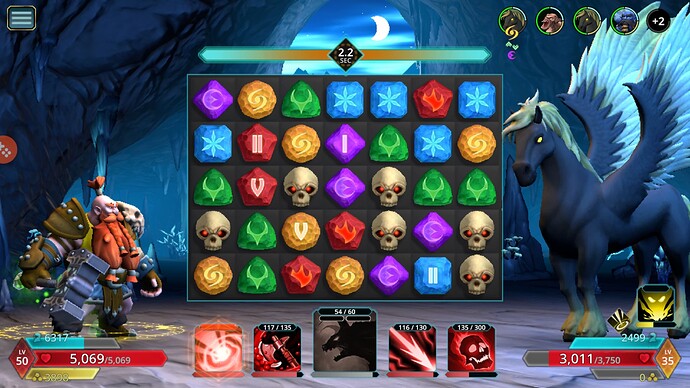 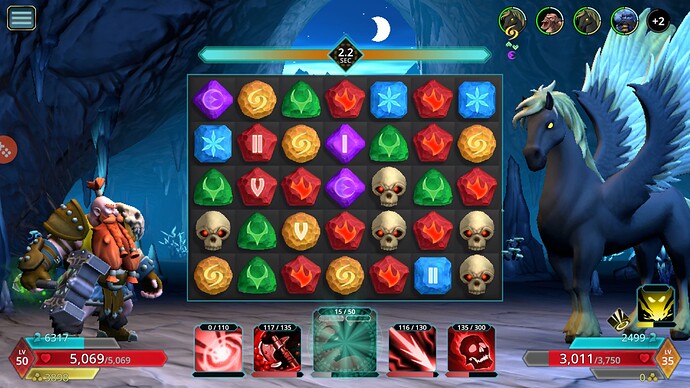 Just to muddy this up further, I’m experiencing this on my necromancer with no runic ring. Weirdly, it only seems to happen to her in the events. So good luck figuring that out.

I noticed this as well when using my shaman, also during an event. 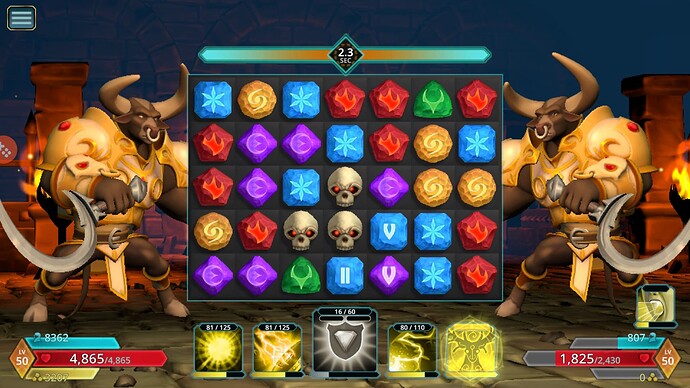 Ultimate mana accumulated was showing as 16 but I was certain it was more than that. 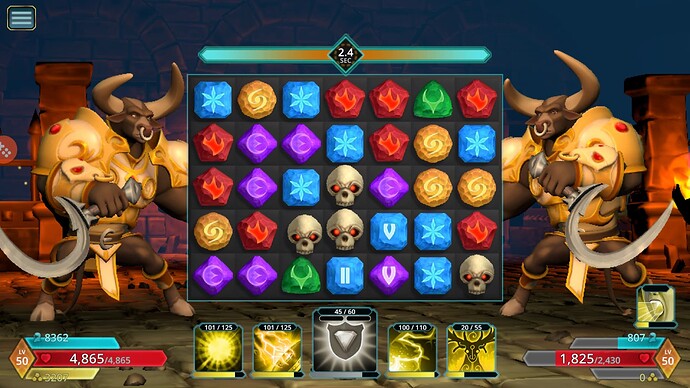 I just realized (because this whole mess is getting confusing) that what has been happening to me is the opposite.

What I have experienced (only in events so far) is it will show my ultimate as full (lit up) but if I click the ultimate, nothing happens. The next spell I cast will LOWER the ultimate to below full. I’m sure it’s happening the other way, also. But it’s SUPER noticeable when its lit up to cast and you can’t cast it. And then it goes down.

Just to cover all bases and give the team as much information as we can.

@Sibelios in your last example without Runic Ring, what gear did you have equipped?

EDIT: I have updated the original report of this issue as well as created a new report linked to it, with the examples shared without Runic Ring 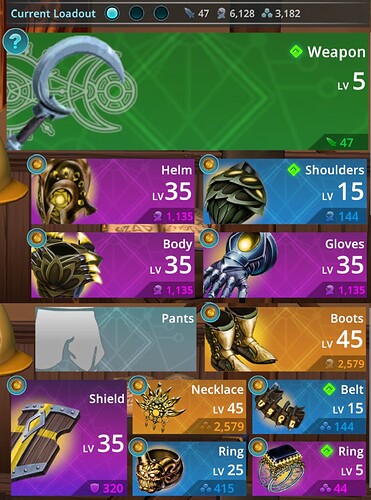