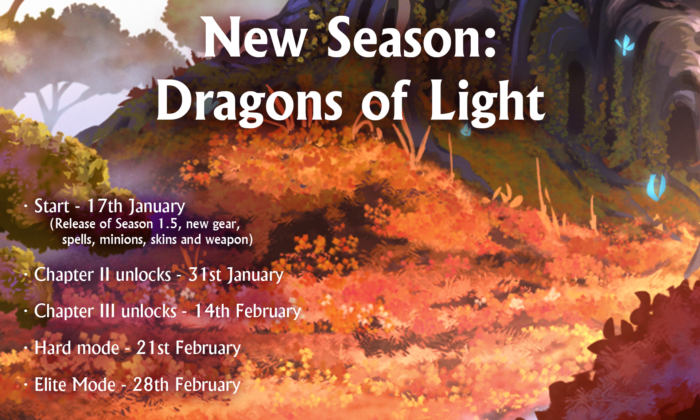 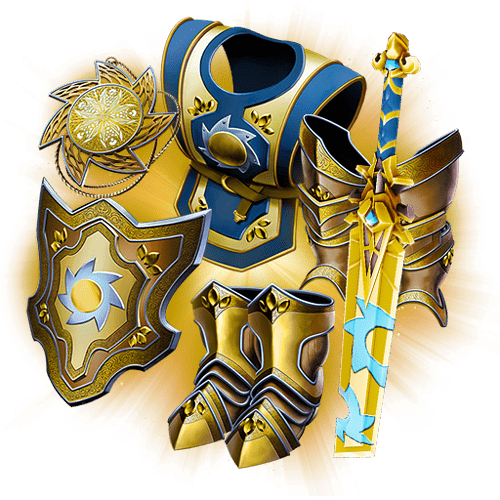 Values in bold are affected by the rarity or element of the item. 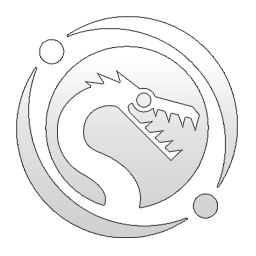 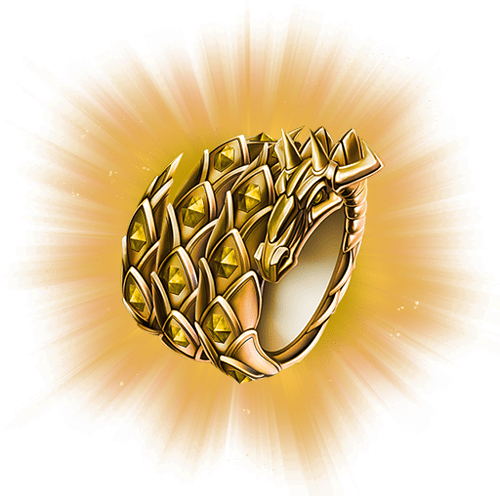 Available only in the Cache items in the Season shop, this item will drop at Legendary rarity.

Originally crafted by Dragons, these rings were rare and priceless gifts to their mortal allies.

Gain 1-4 Ultimate Spell Power when you match 5 or more Gems in a turn. 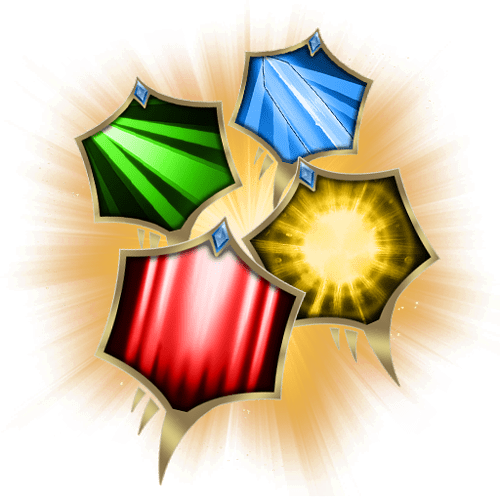 Values in bold are affected by the rarity or element of the spell. 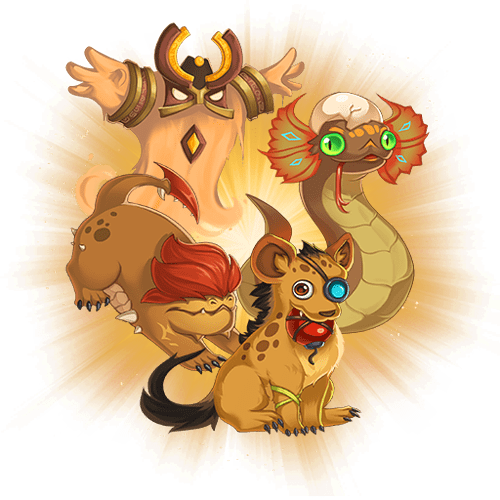 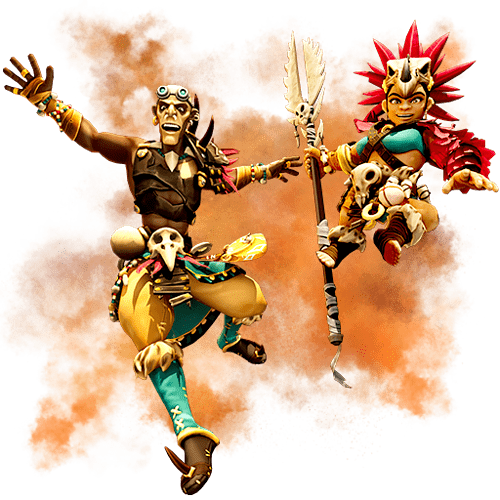 Oh what a day. What a lovely day!

Very much in keeping with other changes we’ve been making, we believe Action Points is a very authentically Puzzle Quest way to play. We’ve been playing with it for a little while now and it’s quickly become our favorite way to play!

All players on our existing platforms can continue to enjoy Timer mode, but Action Points will be the default option for new players to enjoy the game, without the pressure of the timer.

Players will be able to swap between Timer or Action Points through the General tab of the settings menu. (If you’re already in a battle, the setting will take effect in the next battle.)

We’ve made a number of other changes to the existing game in order to balance Action Points including:

You can find the full details in our dedicated Action Points post!

We will continue to keep an eye on the balance of Timer and Action Points after release, so please let us know what you think!

844×270 310 KB
Northelm’s ready to help carry even more items for the player – he now lets you craft additional inventory space! 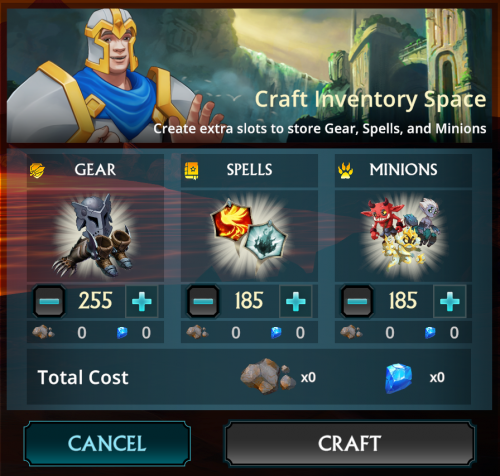 We heard your feedback that Story battles could’ve been much smoother. Going in and out from the Hero Menu can be a lot of moving around when you just want to get to the next thing.

Since we’ve launched, players have been mentioning to us that they would like to see the map in more places.

With the addition of a new game mode, we were going to need new tutorials, but we thought it was time for a bit of a refresh! 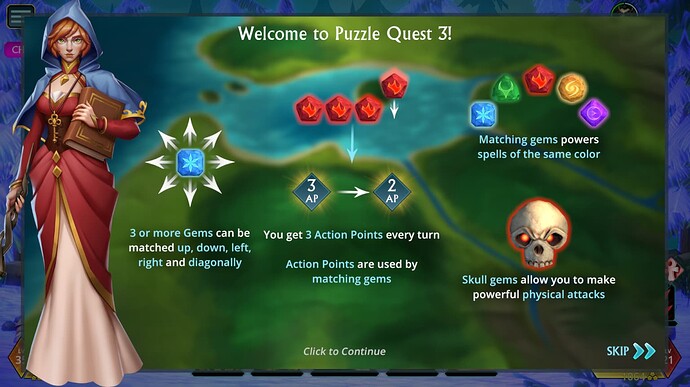 Most enemy spells will now destroy gems instead of removing them. Effects which buff based on removing gems will still remove them. Affected spells:

With the addition of AP mode, Speed has received some adjustments.

In response to player feedback regarding the over-performance (turn 0-1 wins) of Flametree Helm in PVP we have made some changes:

When dealing [elemental damage that matches the element of this weapon], there is a 25-40% chance to apply Freeze for 4 turns to the enemy.

When dealing [elemental damage that matches the element of this weapon], damage, there is a 35-65% chance to apply Freeze for 4 turns to the enemy.

Adventure difficulties can now be lowered if it becomes too difficult.
Your progress will persist but you will need to start the higher difficulty from the beginning if the adventure is replayable.

Note from Jeto: Some images/text I believe are missing from the blog/post, they may be added in later.
Also, if you have any feedback in regards to Action Points, please post those in the Action Points thread itself.

It was included in the AP blog!
But this was one of the items I mentioned at the bottom of the patch notes, that was missing that I would be adding in later

I’ll wait and see, but this looks like it will push me out the door. Ugh.

what will happen if enemy cannot make a match, under such situation: board is filled with unable-to-be-matched special gems?

what will happen if enemy cannot make a match, under such situation: board is filled with unable-to-be-matched special gems?

@Hagane your question is tied to this under known issues

We are looking to have this resolved in 1.5.5, where the board will clear and mana drain both sides’ spells. This is subject to change.
Also expect with a larger board this should occur less in the meantime, but y’all are crazy good at loading up on Gems!

We heard your feedback that Story battles could’ve been much smoother. Going in and out from the Hero Menu can be a lot of moving around when you just want to get to the next thing.

I do believe I’m owed a bug bounty for this!

The enemy will match gems on their own? … Holy crap, this is awesome! … If this will work with the same “intelligence” like on auto-play we are screwed

Counterpoint: If it works like autoplay, the enemies wont match gems fast enough and will forget to cast their spells when full!

I was honestly wondering if this action point system would work on auto play at all?

Sure, pretty straightforward tracking of moves

I know what you mean but you also know what I mean - when I first saw this “automated moves” I was like “that leads to nowhere so back to manual matching”. When “I” am not able to code some sort of “intelligence when it comes to matching” it is not worth implementing it.

I would like to ask, what about inventory space?
There will be 7 new items soon, and inventory is everybody’s problem. Not just the top players need space, who has Northelm level 50 already, and have crystals from him to spare.
Also I would like to see the cost table - the ever increasing cost suggests, that you can create only a few extras, before the ore cost will be more than Auri can hold.
Please consider adding some extras freely.

It is going to be interesting to see how the removal of chip damage combined with all of the various spell/mana gain nerfs done over the past, plays out. I’m trying to imagine being a brand new player and only being able to damage enemies with skulls or spells (that will take forever to fill with the base action points), while the enemy can damage me every turn.

I’m trying to imagine being a brand new player and only being able to damage enemies with skulls or spells (that will take forever to fill with the base action points), while the enemy can damage me every turn.

Chip damage accounts for very little damage output for new players since they are usually running variable color spells (therefore no spell bonuses) and their masteries are quite low. I suspect they actually end up being advantaged with this change compared to older players who will see a much bigger damage loss due to mono-color optimization

I’m sure (well, at least I would hope) it will be balanced in a way to not roll over newbies. But there is more to enjoying a game than simply not losing. A bigger board might mean more skull match opportunities, so there is that, at least.

I’m just very interested to know how the system would feel for someone on a day one account. I might even try it out. It sounds boring. But who knows?

It is really interesting playing with Action Points. I found that once I got used to switching my brain over to just playing without the Timer (had so many early moments of forgetting that I could take my time and that I had limited moves

) that I got to learn a whole different approach to the game. It kind of emphasizes different things.

The changes we’ve made to the story flow and some of those early tutorials make a big difference at the start of the game too.

Keen to hear what you think!